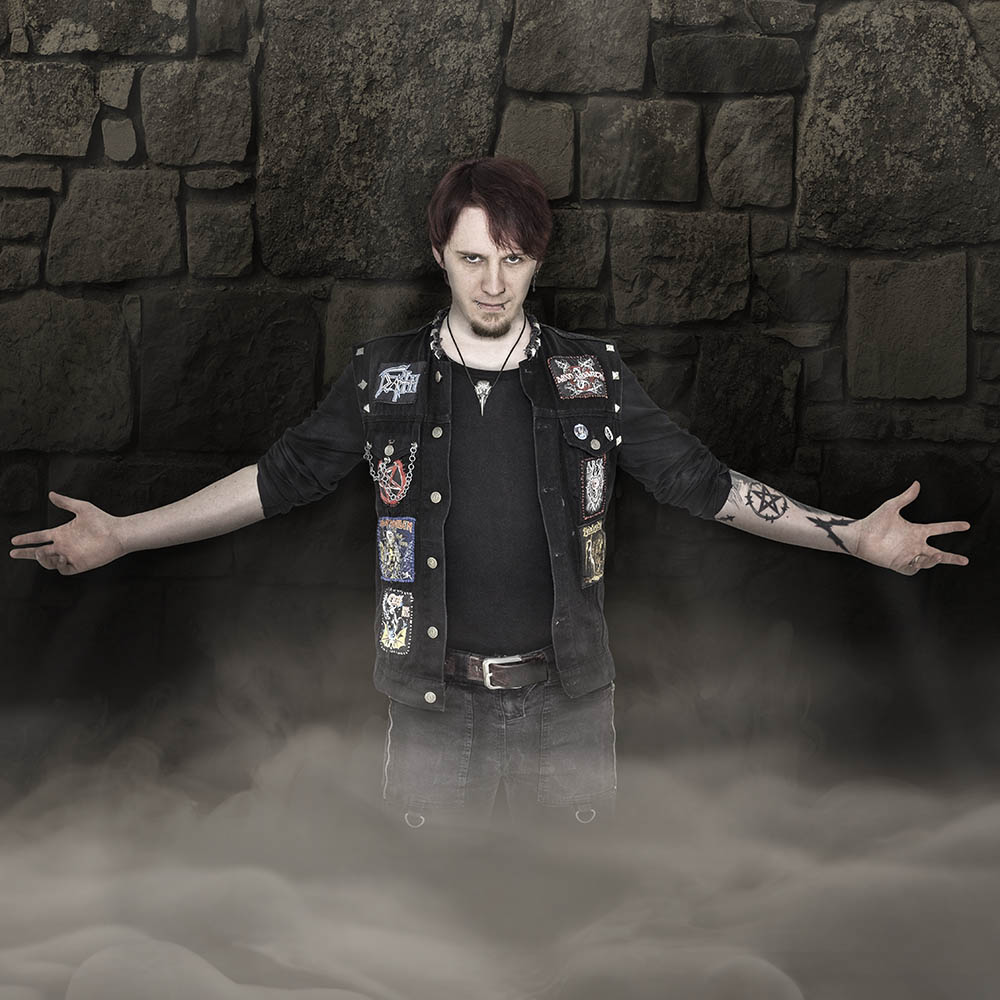 Metal has not been on my musical menu until I became a Teenager. Then, when Mtv was still broadcasting music, i watched a show about the 100 greatest Rock Videos of all times. That's when I got a fuckton of shivers up and down my spine due to Queen, Metallica, Guns 'n Roses, you name it. Shortly after that, Youtube was invented and friends were made, both supporting me with the best drug to think of - awesome music. It was not until 2010 that I was told i would be an awesome singer when I was screaming along to Priest's Painkiller in my favourite tavern and some days later I was part of a Band called Improved Gods. Since then, i couldn't stand being unable to sing and perform. After Improved Gods ended, I was searching for a new Band until suddenly Dom came along, asking me if I wanted to try and become singer of his newly founded Band... After one rehearsal and having met the other guys, i was soon on board, now screaming at you not to drop the sword.